A downloadable game mashup for Windows

Half-Line Miami is a video game mashup between Half-Life 2 and Hotline Miami.

I made this game as a declaration of my love for these 2 games, and as an experiment in game design.

It is available for download for free on this site.


and for more maps, visist www.reddit.com/r/HLM

⚠ COMMON BUGS, AND HOW TO SOLVE THEM ⚠

S: download this package from Microsoft (make sure to get the x86 version)

I don't understand the hate this game gets. It's everything it claims to be.

The gameplay is smooth, the graphics blend the style of both games quite well and the soundtrack is awesome (tho it would be even better if it was a mashup of Half Life and Hotline Miami style instead of just synthwave, or maybe synthwave remixes of the Half Life 2 OST)

The gravity gun is fun to use and I don't think it being the only weapon hurts the gameplay. It's already way closer to Hotline Miami than Half Life 2, if we could pick up enemy weapons it would straight up be Hotline Miami with different textures.

I also like the idea of the game taking place in a City-17-ish Miami.

My only problem was the reaction time of the enemies, they will instantly flick and shoot without any delay even if they are facing the opposite direction. Zombies are way too easy to deal with. Gravity gun is also not a guaranteed one hit kill but it was also how it worked in Half Life so it's fine.

It only ever crashed once in my entire playthrough on a Win11 machine.

I would recommend it to any Hotline Miami fan, tho I'm not sure if I can say the same about Half Life fans. Very good game overall :]

I hate your game, the worst thing I've seen in my whole life. So much effort has been wasted for this shit. Seriously? Learn how to create good games!

This is the shittiest game i've ever played on itch.io, I literally made an account just to tell you this..

Antlions can go through walls

Antlions are supposed to help you in Nova Prospekt

The game is stupid hard (shotgun guys can one shot you and will literally all the time, they also have super accuracy.)

The gun part is accurate. That's how Hotline Miami works

it will not run.

Made a gameplay video of this AWESOME game! Great work, devs! Please feel free to use my footage for whatever!

i am playing on windows 10 and i am playing fine i didnt get a error or lag i just play why are you guys mad it works fine for me ?

When I go to select level to play it is giving an error message: "IMAGE LOADING ERROR File Resources/ UI /splodge.png", the same goes for career mode

It doesn't work for me with Windows 10.... Game wasn't responding at al

This game is amazing! But I suppose you don't work on it anymore, do you? Also, I noticed that in Ravenholm, if you fire a sawblade at the pool, the game freezes. And I would say that some levels really differ in difficulty, when fighting aginst metrocops, it's quite a challenge, but zombies is a breeze. Also, have you ever thought about implementing swappable weapons, with limited ammo?

Had A blast playing this!

Doesn't work for me on Windows... Game crashes on loadup, don't even get to the home screen

The off chance the dev hasnt abandoned this development, *PLEASE* Add guns. Maybe an inventory so you can change between 2/3 guns and the gravity gun?

First off great game, I love it. but i have some issues. Please support linux, I want to be able to play it on there without using wine, wine is annoying. Also how did you make the sort of vhs effects? I love stuff like that and I would love to hear how you did it.

i love hotline miami and half life 2, then combining both is so amazing one thing is that (i not completly sure) you can have eny ether gun but the gravity gun (once again im not really sure) but ether than that its just the best

Could you make something like this but with portal2?

Nice mashup of my favourite games. :)

I know a lot of time and effort went into this, but it's such a waste of potential in my opinion. The level design is way too linear, each level has one floor, you only have one weapon throughout the game, enemies come at you way too slowly, the difficulty is a joke, the gore is literally nonexistent, and honestly this did have far more potential than the developers put into it. It looks gorgeous and has a great soundtrack, but this was a very mediocre game in my opinion. If it wasn't built up so much I'd be much more forgiving, to be honest.

First of all, I don't think the engine this game runs on allows 2 floors. Second, the level design has to be linear because that makes it feel like Half-Life 2. Third, it wouldn't be easy to switch weapons, as he would have to code all the weapons, and then have hit sounds, and sprites, and so many other things it would be a nightmare. Fourth, I think the dev didn't want to make it gory so it could appeal to other audiences, and fifth, this game is a tiny little indie game dude. It's not a AAA release so stop complaining.

Reply
SwaggyPatrick6 years ago
My game crashes everytime i try to launch it and yes,i did Installed C++
Reply
MASTAGAMES6 years ago(+1)

this game is relly worked on. i saw the trailer for the game during my past time

your amazing at your work keep it up

Reply
Ablationer6 years ago
Awesome work. However how come the props you're holding do not block bullets? This was a crucial mechanic in HL2.
Reply
Spudcats6 years ago(+1)

Made a video a while back

Need a mac version of this game! I really want to play it.

I want to play the game, but I'm on Chromebook, is there anyway you could make a browser version of the game?

Will you port this to Android/iPhone? This would be so cool to play over Bluetooth/Wifi with friends on the go.

Nice Job, Just a remark, seems like the Azerty option doesn't work. It jumps back to qqwerty while playing. Quite disturbing for Azerty users :)

No problem on my side with dual screens

Hey, fantastic game of what I've played so far. I do have the problem of constantly clicking outside of the game window due to my dual monitor setup. Is there a way to lock the cursor to the game?

Odd, it should already do so...

I'll look into it, but for now I'm afraid you might have to disable the other screen, sorry, It's hard building a game almost from scratch yourself :) 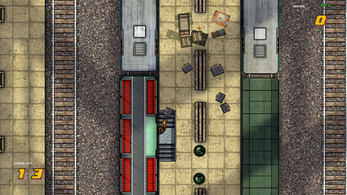 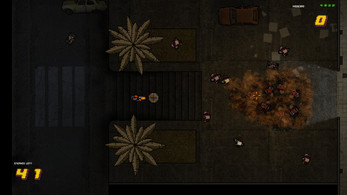 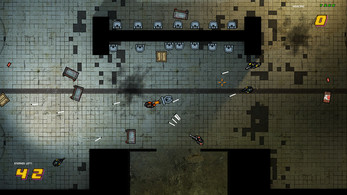